The Curatorial and Design project  was develop to create a visual and spacial identity , transforming the original building at the lively area of LX FActory, in Lisbon -had once housed a textile factory and later a printing press for the Lisbon newspaper – into  Brazilian lively Cultural Centre, dedicated to a year program of music, performance, literature and exhibitions.

The curatorial concept started from creating a facade that could be communicative and  narrative of the connection between Brazil and Portugal,  both geographic and cultural , where the waters are not a distance, but the organic influences both ways. That was achieved through a  Graffitti painting  that combines traditional engraving style and actual urban environment, from the artist Derlon,  invited to meet the narrative proposed. 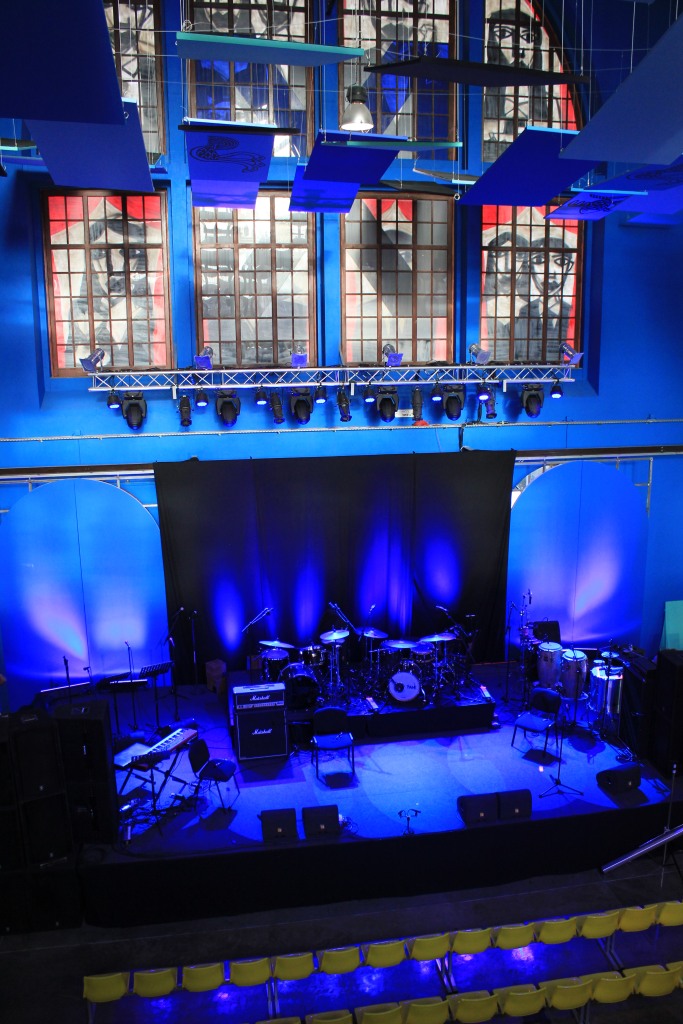 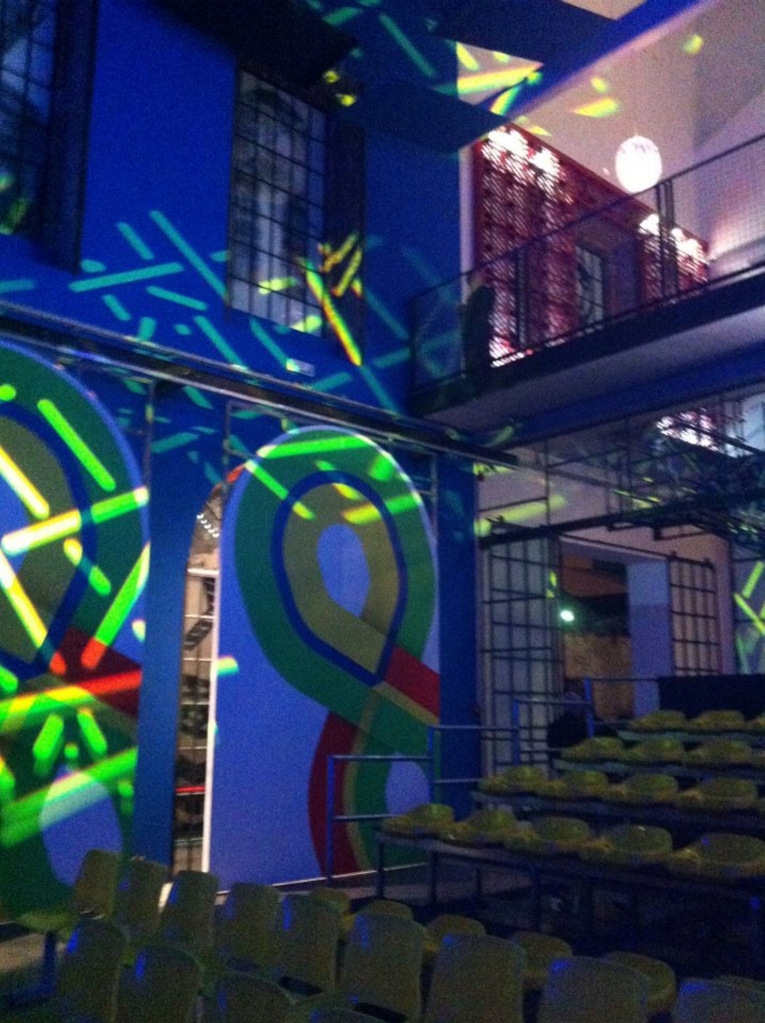 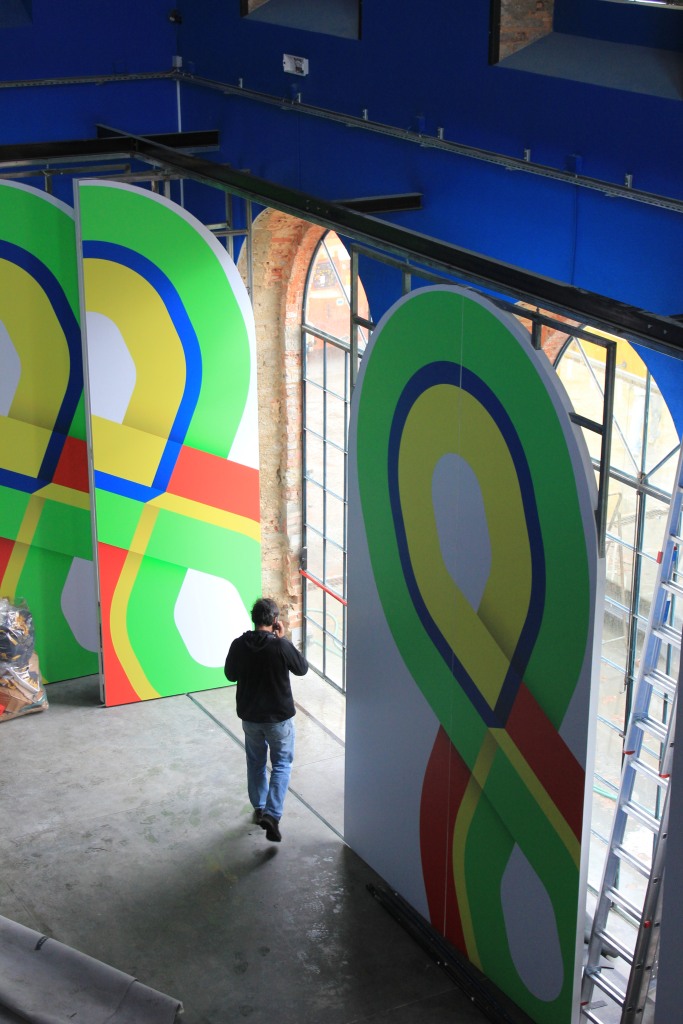 Following the curatorial concept, the design was to create a dialogue between indoor and outdoor areas – colours would met as well as the elements, like the windows, reinforcing this idea to break with what defines inside or outside. Also using elements from everyday, such as plastic crates to  be used in a different way .. as divisors, windows and balconies.

Until Today, the building at the LX Factory area in Lisbon still remains the same … 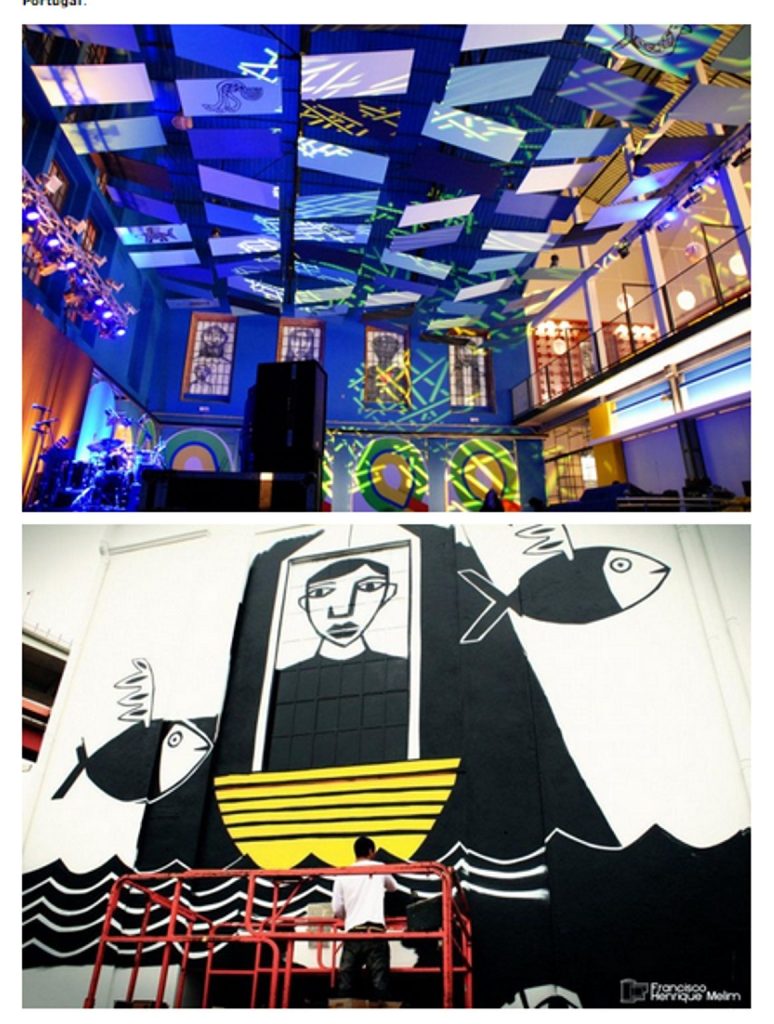